Focus on positively impacting a young human to have exponential potential.

ADHD, a Blessing in Disguise?

by
Melanie Cripe
Evaluating ADHD in different cultures while considering possible causations, influences, and wondering whether mediation is truly the only solution.

With the ever-increasing call to medicate our kids for ADHD, has anyone ever stopped to wonder how other children in other countries are treated for their ADHD? What are the rates for ADHD in these countries compared to the United States?  Does the American medical establishment give parents the impression that medicating is the only answer?  Truthfully, not every situation should be the same, because children themselves are not all the same.  Each case of a hyperactive child needs to be evaluated individually, due to varying factors involving a child’s concentration, perception and learning ability.  Yet even with these differences, is medicating a child the only answer?

Admittedly this is not an article about whether or not to medicate your child.  That is a decision for you to make and to be discussed between you and your child’s doctor.  This article’s purpose is to consider the possibilities of other options to the usual, doctor’s pharmaceutical prescription. It’s true that in much of the mainstream reading, medicating the child seems to be the prime focus of the American establishment. Yet, it’s the last focus in many other countries.

In 1845, a German man, Heinrich Hoffman, wrote a poem called “Fidgety Philip” for a children’s book where a boy was “so restless he would writhe and tilt wildly in his chair at the dinner table…. and when he was anchored down by the tablecloth, “he dragged all the dishes on to the floor” (Lillienfeld & Arkowitz, 2013).

Certainly this is akin to a Dennis the Menace or Calvin and Hobbes scenario, a scene the audience could giggle at and perhaps identify with. Most people are aware of the phrase “boys will be boys”, but have we ever paused to think about that? Was that a gender stereotype? After all, it is true that more boys are diagnosed with ADHD than girls; it’s a proven statistic.

This article’s purpose is to consider the possibilities of other options to the usual, doctor’s pharmaceutical prescription.

Truth be told, maybe having ADHD is a blessing in disguise.

Although given that statistic, I myself was one of those girls apt to be called “one of the boys”. I gave my mother a few almost heart attacks in my childhood, though I also managed to do well enough in grade school through to high school—attributing my success to reinforced structure, excellent teachers and caring adults in my life. My father died when I was six, so as a kid raised by a single parent, without a father, and in the turmoil of that emotional circumstance, I was probably a candidate for some form of trouble.  In fact, that trouble surfaced when I went to University. My inability to do well in a school environment came to light without the support and structure of earlier years.  The University format was lacking in that structure and I lost focus; my coping skills along with my ability to problem solve were challenged to the extreme.  I ended up skipping class, or leaving early to go to the beach. My grades were just enough to get by. I made impulsive decisions.  In one instance, I was an accomplice to redecorating the dorm room hallways. The walls were cream-colored, rectangular cement blocks, which we felt needed something. One day we ran out to the store and bought some paint. Each of us chose a color; mine was orange.  The end result was sort of a Romper Room motif, and we were quite happy with it, but not so much the College Dean. I was almost kicked out of college, or at least suspended, for that little “adventure”.  I did end up dropping out later that year, and then re-enrolling the next year working towards a degree in Nursing.  This degree was easier for me; the goal was defined and the structure was rigorous and challenging. Plus by this time I had worked a bit on my coping ability, my problem-solving skills, and had discovered Mozart to be a great music study companion.

Mind you, I’ve not been officially diagnosed with ADHD, but I probably have it to some degree. And honestly, I’m okay with that. After all, is having ADHD really such a bad thing?  I love that I’m hyper and inquisitive, willing to dive to the deepest depths of a subject that interests me. I’ve been told that I’ve done things in my life and gone places that most ‘normal’ people wouldn’t do. Though defining normal might be left for a different discussion, for as I’ve heard elsewhere, ‘normal’ is only a setting on the dryer.

Truth be told, maybe having ADHD is a blessing in disguise. You’ve heard a bit about my story, but what about the story of your child?  If your child’s behavior could be augmented without medication, would you try it?  With all of the theories and information about ADHD, the answer must be somewhere in the details.

A study was done comparing the children of France with the children of America with regard to ADHD. “In the United States, at least 9% of school-aged children have been diagnosed with ADHD, and are taking pharmaceutical medications. In France, the percentage of kids diagnosed and medicated for ADHD is less than .5%” (Wedge, 2012).  When you look at the numbers, they are astounding!  What does France know that we as a country do not?  The article was fascinating with its reference to meals, family structure, and lifestyle.  The family structure of the French may be what today’s Americans refer to as ‘old-fashioned’ with structure and limit-setting. They determine that children benefit from clear, consistent limits which “actually make a child feel happier and safer” and that a clear understanding of the word ‘No’ “rescues children from the ‘tyranny of their own desires.’”(Wedge, 2010).  The foods in France are what we in America most likely call ‘whole foods,’ which are foods that are minimally processed or as unrefined as possible, without artificial additives and food dyes.  The French eat in smaller portions, more often throughout the day, and meals are leisurely and seen as a time to visit and converse with friends and family.  They are also more physically active in the sense that most places are walked to, not driven to.  In a Belgian study, when children were put on an elimination diet, with the idea that food allergies were exacerbating ADHD behaviors, two-thirds of the children had a significant reduction in their ADHD behavior; the behavior returned when they resumed a USDA approved type diet (Deans, 2011).  The writer of this article also attributes some ADHD behaviors to an allergic or histamine reaction to food additives as perhaps an autoimmune response  (Deans, 2010 & 2011).  There are references to other studies where ADHD and out of control behavior is worsened after children consume food with artificial dyes and preservatives (Wedge, 2012).

Therefore, the consideration for a child’s diet, I believe, is one of the more important factors to consider, especially in this time of fast food, processed food and all of the artificial additives.  In addition to diet, other studies have been done showing outdoor exercise benefits in the reduction of ADHD behavior in children, thus supporting ‘Recess not Ritalin.’ (Molland, 2012).  Perhaps some children are just not designed to sit still and listen for long periods of time, at least not without having the needed physical exertion, which is perhaps a missing component in modern day America.  In Germany, family counseling in the form of “parent-training strategies” is put into use before doctors pull out their prescription pads, and in Brazil exercise is emphasized before drug treatment (Lowry, 2011).   There’s also much discussion about the impact of television and electronics on children.  There are several studies that have been done that show results for the impact of television contributing to ADHD, and then some that say the complete opposite.  ADHD is a neurobehavioral developmental disorder and the developing brains of infants and children are very sensitive. So perhaps even though it is not a cause, there may be a correlation in the rise of electronic devices and television to the rise in ADHD.  The American Academy of Pediatrics recommends that exposure to technology be limited; the younger age of the child the more limited the exposure (Lillienfeld and Arkowitz, 2013).

But remember Fidgety Phillip?  Certainly there was no television back in 1845, and certainly Phillip should have had the exercise he needed and a more wholesome diet to boot.  Perhaps we’ll never know the details of Phillip’s life which may have contributed to his fidgety-ness.  We don’t know the fate of Phillip, either.  There are many individuals who have ADHD and “are not successful despite having ADHD, but because of it” (Archer, 2014).  Perhaps Fidgety Phillip became a successful businessman in the end, having at one time been just a boy being a boy, made to fit into a world of ‘normalcy’…oops here we go again.

So, what can we learn from all this?  There is no one particular cause of ADHD. In some circles, ADHD is seen as a naturally occurring phenomenon in some children who simply don’t fit into what is considered mainstream life—at least mainstream life here in the States.  However, other countries do not have the corner on ADHD explanation or treatment either. Though in all honesty, I think we can learn from how they address it as more of a behavioral issue, with consideration to diet and exercise and without jumping straight into medicating.  Is medication necessary sometimes? Some will say yes. That decision is between you, your doctor, and your child.  Nonetheless, we need to take in to consideration all of the factors that go along with the diagnosis.  Ask yourselves:  What is my child eating, how much outside exercise is he or she getting (including the most-important-non-structured-creative-fun-outside-play sort of exercise), is technology interfering with quality social time with family and friends, am I parenting in a loving, consistently structured atmosphere, am I helping my child establish age-appropriate coping skills and problem solving techniques?

And this may be the hardest question to ask:  Can ADHD be seen as a strength?

Can having a child with ADHD be something that you, as a parent, can grow to manage?  Perhaps with help and time, you can grow together with your child in trying to understand and work through things to best suit your family’s needs and your child’s uniqueness. Focus on positively impacting a young human to have exponential potential.  Remember, the only ‘normal’ in life, is the setting on the dryer.

Focus on positively impacting a young human to have exponential potential.

this article is by 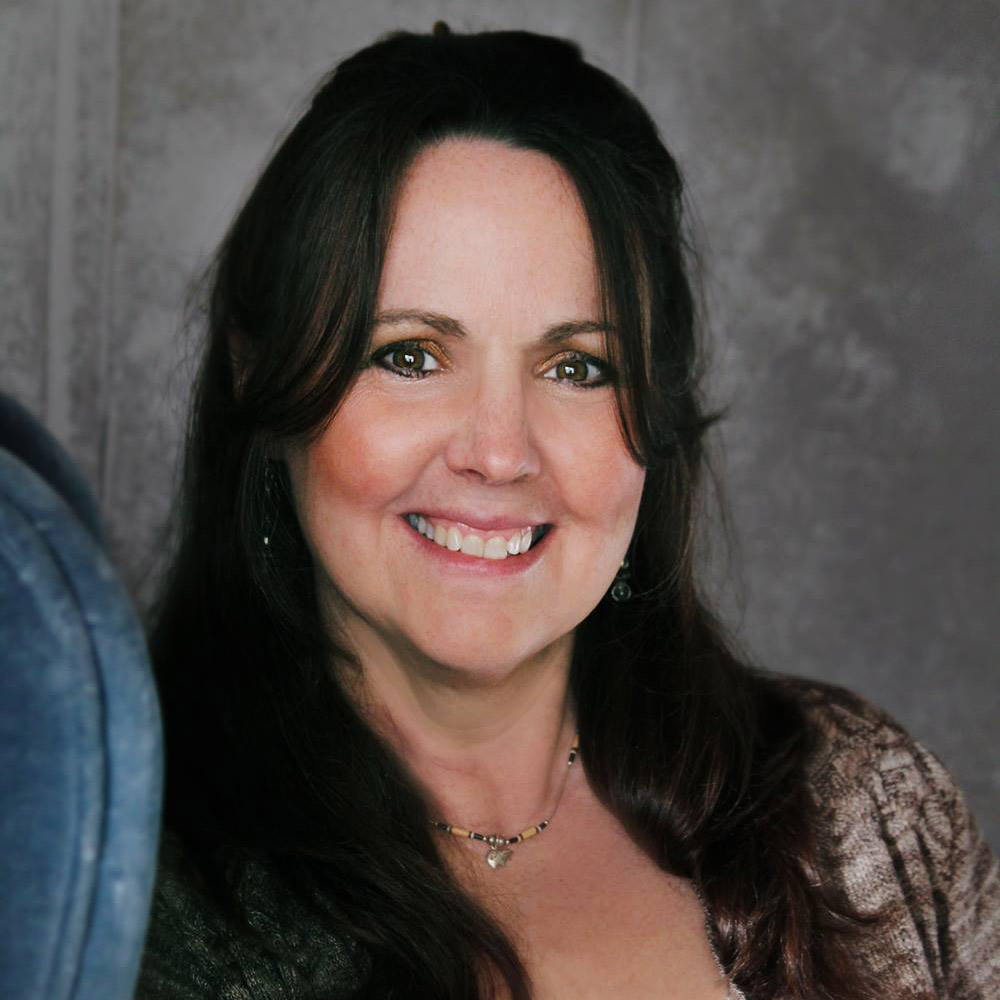 RN-C
Melanie has been a nurse for over 25 years, most recently focusing her work on NICU patients.
Am I Failing as a Mom?

See All Articles

There is Always Hope